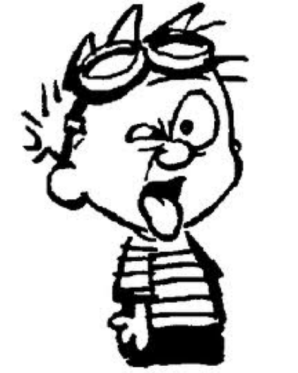 Reading through Leviticus and picturing what the scene must have looked and smelled like. And it’s not pretty. If we were to see anything like it today, we would be horrified. We would call the cops and animal police for animal cruelty. And the perpetrators would be put away for a long time for such a heinous crime.

“If a bird is presented to God for the Whole-Burnt-Offering it can be either a dove or a pigeon. The priest will bring it to the Altar, wring off its head, and burn it on the Altar. But he will first drain the blood on the side of the Altar, remove the gizzard and its contents, and throw them on the east side of the Altar where the ashes are piled. Then rip it open by its wings but leave it in one piece and burn it on the Altar on the wood prepared for the fire” (Leviticus 1:14-17).

The entire temple area stunk like an un-refrigerated meat market – blood, guts, innards, fur, skin, feathers everywhere. And like such meat markets, you would have been able to smell the stench from miles away.

So I can’t help but wonder – “Why would God prescribe such a brutal sacrificial system?” Surely, there had to have been more “civilized” ways to deal with sin.

And I think the gruesome, brutality was the point. The only remedy for sin – albeit temporarily – was the brutal, vicious, horrific sacrificial system. It was brutal because the debt and the price of sin is brutal.

This was the point of the cross of Jesus. Jesus would be the eternal sacrifice for sin. And the price he paid on the cross and by descending into hell was brutal.

If we have problems with the brutality of the sacrificial system it is because we don’t appreciate enough the sheer gravity and brutality of sin.

And that’s the entire point of the brutality of the sacrifice for sin. First, the funny. I was being wheeled into the operating room and the anesthesiologist looks at me and says, “You’re back!”

Yup…I’m one of their best customers.

We were planning on scoping out the heart and, if needed, put another stent or two in the problem areas. When the doctor went in, he discovered that the artery in question is completely blocked. The plan is to go back in there in a week or two to clear the blockage and place a stent or stents to help the blocked area. So, I get to do this all over again in a week or two.

Third, how are you feeling?

Physically, I feel the same as I did yesterday. The thing about my particular kind of heart disease is that I show little to no symptoms before a heart event. I had no symptoms prior to two heart attacks. And I show no symptoms even though one of the main arteries to the heart is completely blocked.

Emotionally and spiritually, I feel fantastic. Friends from all over the world are praying with me. I feel totally at peace about my future. I know that as long as God has things for me to do here, he will keep me around. And if God wants me home, I’m good with that because that means I get to be with Christ and the saints.

What about your family, James? I trust that God will take care of them.

I have no desire to die. But I have no fear of moving on. I am completely at peace with whatever God wants to do.

This isn’t the first time I’ve been at this intersection. And what I can testify is that because God is God, and because I am in God’s care, I am good with my future…for my future is in God. That’s a great place to be.

As my wife posted from the hospital, “He’s fine!”

Everyone has suckers and refreshers in their lives.

You know you’ve been around a sucker when you are more tired, emotionally and spiritually drained and depleted after they leave. And here’s the thing about suckers: they have the capacity to undo the work of dozens of refreshers in your life. Even though 99 out of 100 encounters in the day were neutral to positive, one encounter with a sucker can wreck you for a good part of the day.

The thing about refreshers is that whenever you’ve spent time with them, they leave you better and refreshed as a result of being in their presence. They are gifts from God. Treasure them. Intentionally make time to get around them.

Most of the encounters we have with people will be neutral to positive. But there are bound to be suckers in everyone’s life. Those suckers will drain you. And the only ones who can help you get replenished are the refreshers.

May your life abound with refreshers, my friends.