Thank you for your prayers, your calls, and texts.

It’s awesome to know that friends from all over the world have been praying.

The goal was to have two surgeons go into my heart from opposite sides to unclog the blocked artery and then to place a stent or stents into the artery.

The surgeons spent about three and half hours trying to open up the clogged artery but they were unable to do so. Not only were they unable to unclog the artery but they found that the artery in question has two separate blockages – Go big or go home they say…if you’re going to have one blockage, why not two!!!

The plan is now to give my arteries a chance to recover from the 3.5 hour procedure and go back in there in about six weeks. This time, I will be having the procedure done at the University of Washington Medical Center in Seattle by a doctor who is one of the leading doctors in this type of procedure.

Bottom line, I get to do all this again in six weeks.

How am I doing?

I am a wee bit sore. I don’t remember being this bruised or sore from the other angioplasties I’ve had, but none of my previous procedures lasted three and half hours. Normally they are in and out in about thirty minutes.

Spiritually and emotionally doing great. God’s got this. God can do whatever God pleases. I am completely at peace with whatever future God has in store.

Shoot, going through this in six weeks again is not ideal, but I’m still alive and I get to be with my family…not complaining.

I look forward to being back in the office and at church in a week.

Again, thank you all for your prayers and thoughts. Hope you’re all doing well! Blessings!

Convictions are the values and commitments that are non-negotiable for you.

Here’s the thing about convictions. You need to have them before you find yourself in a position of needing them. By the time you figure out you may need some convictions, it’s too late.

You need to have a plan before you need a plan.

You need to have tested out your convictions prior to finding yourself in a crisis of character.

That’s what convictions are. 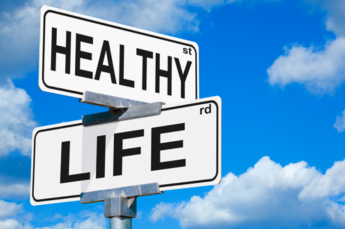 Because life is life, there are days that suck.

It won’t be anything you’ve done. It’s mostly stuff that will happen to you as a result of events that are totally beyond your control. Other people make bad decisions and you and others will bear the brunt of the consequences of their actions.

Because life is life, there are days that suck.

I know. I had one yesterday.

The thing about days like yesterday is that not only do they suck, they actually suck the life out of you. And unless you are intentional about replenishing all the suck of yesterday, we will lead poorly. We will lead poorly because we will lead re-actively. We rarely make great decisions when life has been sucked out of us. It is absolutely essential to our leadership and our organizations that we lead well.

So what is your go to replenishment plan? Is it healthy? Is it God-honoring? Do you have a plan? What re-energizes you? What fills you with joy? You need a plan before you need a plan. Read that last sentence again. Plan now. Have a go to plan that you know fills you back up with life.

Finally, if your day sucked because you made poor decisions. Well, that’s on you. Forgive yourself and figure out how you can prevent that from happening again. Finally, don’t make sucking a habit!