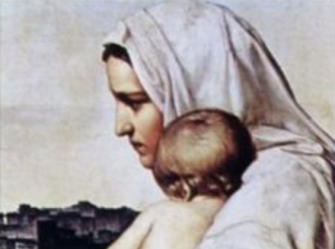 I have been reading the Book of Kings for the last couple of weeks and I’ve come to see something I never noticed before. The author(s) of the Book of Kings make a startling statement about the role of women, and in particular mothers, when it comes to kings who do “what was right in the eyes of the LORD.”

The impact of women in the lives of the faithful is undeniable.

Normally, when kings did “what was evil in the eyes of the Lord,” only fathers are listed.

“In the fifty-second year of Azariah king of Judah, Pekah son of Remaliah became king of Israel in Samaria, and he reigned twenty years. He did evil in the eyes of the LORD” (2 Kings 15:27-28).

However, when a king does “what is right in the eyes of the LORD,” the writer lists not only their fathers but their mothers, and sometimes grandmothers as well.

“In the second year of Pekah son of Remaliah king of Israel, Jotham son of Uzziah king of Judah began to reign. He was twenty-five years old when he became king, and he reigned in Jerusalem sixteen years. His mother’s name was Jerusha daughter of Zadok. He did what was right in the eyes of the LORD, just as his father Uzziah had done” (2 Kings 15:32-34).

This is almost always the case in the Book of Kings with a few exceptions. However, there is a discernable pattern.

Women were typically omitted from genealogies. Why they are listed at all is interesting. Maybe even scandalous.

But, even more so, when the only times women are consistently listed is when the kings “did what was right in the eyes of the LORD.”

Mothers play an absolutely crucial role in the spiritual development and maturity of children. Without them, there is no faithful king.

Moms, you absolutely matter in leaving a spiritual legacy through your children.

The church has suppressed the role of women in teaching the faith.

Thank you moms. Thank you, Godly women who teach and model a life of faithfulness that children cannot help but “catch” and emulate.

Who would have thunk it? Old Testament writers lifting up the role of women in the spiritual development of the kings of Israel and Judah!