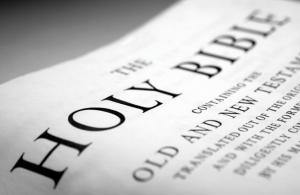 For every single word in the Bible, there are on average three variances in the thousands of manuscripts we currently possess.

That’s a lot of words and that’s a whole lot more variances.

If this is the case, how can anyone place any amount of confidence in the Bible? How can we be sure that there is any truth at all in the Bible when there are so many variances?

That’s a very good question, and this seems like a huge problem for Christians.

But sometimes the numbers don’t quite tell the whole story.

As Biblical scholars have examined the Bible, there are four categories of textual differences:

Let’s take a look at each of these in a little more depth.

Minor Changes That Do Not Affect Translation

Meaningful Changes That Are Not Viable

Changes That are Both Meaningful and Viable

Even when we take into consideration all the different variances, there is no cardinal doctrine, no essential truth that is challenged because of textual variance. When it comes to things like the deity of Christ, the virgin birth, the empty tomb, justification by faith, the doctrine of the trinity, etc. no variant reading challenges these readings.

In conclusion, the Bible is an incredibly reliable book. There is no other book that has been as much scrutinized and challenged as the Bible. Christians can place great confidence that the Bible is trustworthy, that it is indeed God’s word for us.

Can we trust the Bible? Absolutely!!!